A Look Back at Food Export Over the Years

The year-end departure of long-time Food Export-Midwest and Food Export-Northeast CEO/Executive Director, Tim Hamilton, provides a unique opportunity to look back at the evolution of Food Export’s programs and services in the last thirty years.

Starting with the Names

In the early 1990’s, both organizations operated under different names. Food Export-Midwest was known as the Mid-America International Agri-Trade Council or, since that was quite a mouthful, as MIATCO. Food Export-Northeast was named the Eastern U.S. Agriculture and Food Export Council, or EUSAFEC. While the full names described the missions of the organizations, the acronyms didn’t quite convey any meaning to U.S. suppliers or international buyers, and according to a staff joke, sounded more like a medical ailment. 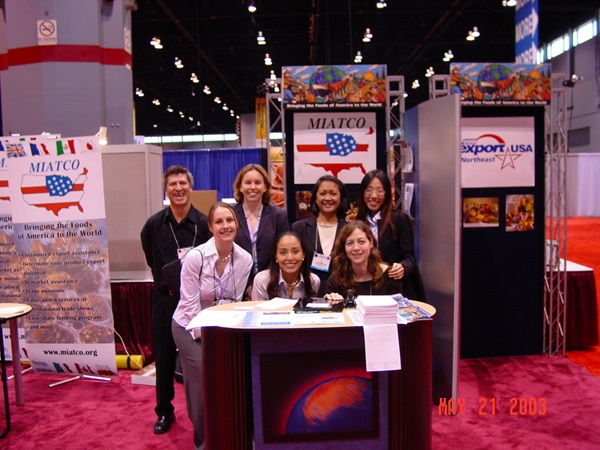 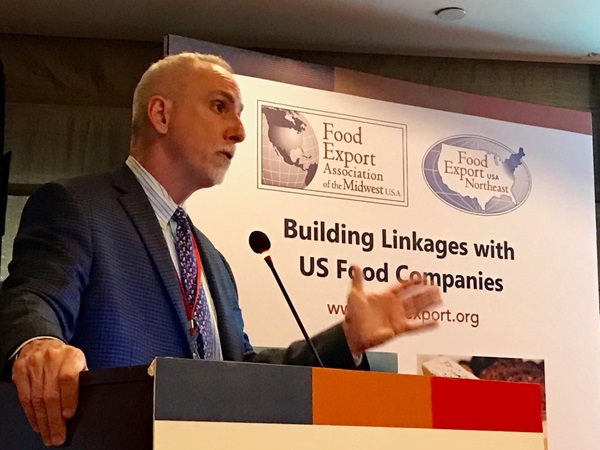 Back then, the organizations were unrecognizable not only in name, but also in operations. The organizations’ largest program, the Branded Program, which reimburses 50% of U.S. suppliers’ eligible export promotion expenses, had a much smaller impact than it does today. For example, in the late 1990’s Food Export-Northeast served under 100 companies with less than US$1 million in funds to allocate annually. At the same time, Food Export-Midwest had about twice as much funding to allocate. But both organizations struggled with a large amount of funding unused at the end of the year when participants routinely utilized only about 60-70% of the funds they requested at the beginning of the year.

This unused funding was a frustration for a couple of reasons – it meant that more companies who could have been served were turned away since the funds were already committed to existing participants, even though a substantial amount went unutilized. Also, it was a concern as the Foreign Agricultural Service of the USDA, the source of the Market Access Program (MAP) funds which both organizations receive to carry out programs and services, evaluates the organizations’ efficacy based on utilization of the funding granted each year. Leaving unused funds on the table might erode the organizations’ funding allocations over time, making even less funding available in the future.

Then-MIATCO Executive Director/CEO Tim Hamilton was in an airport one day and had an idea, courtesy of the airlines, about how the organization might handle this challenge differently.  He noted how airlines consistently “overbook” their flights, knowing that there would be a number of no-shows for each flight. This way, they ensure full flights and maximum profitability. Tim wondered whether the Branded Program could be managed similarly, since supplier participants routinely used significantly less funding overall than they were allocated.

After collecting data and getting clearance from the USDA/FAS, a trial of “overbooking” for the Branded Program was launched. The organizations, knowing the overall usage of funds over many years, allocate a measured amount over the funding they are awarded to account for the slippage in funds actually spent by companies. Of course, this is done in a very calibrated way to ensure that the margin “overbooked” is safely within the range of historical spending.

Overbooking has been a practice now for both organizations for more than twenty years, and there has never been an incidence of claims in excess at either organization. Since its implementation, rough estimates are that overbooking for the Branded Program has allowed the organizations to allocate an additional US$70 million of funding to benefit exporters that would not have been otherwise available! And, did you know that each year, Food Export-Midwest and Food Export-Northeast’s Branded Programs now reimburse an average of 350 U.S. suppliers over $13.8 million for their export promotional expenses?!

Organizing activities where U.S. suppliers would travel overseas to meet with buyers (such as trade missions), or where buyers traveled to the U.S. to meet with exporters (such as buyers missions) were carried out thirty years ago by both organizations, though to a much more limited degree. As any exporter will tell you, the success of these activities is dependent on meeting “the right” international buyers. The organizations grappled with how they could continually provide high-quality introductions to Midwest and Northeast exporters.

Thirty years ago, the organizations hired international representatives on a project-by-project basis. Once an activity for which the representative was hired ended, so did any chance for follow up. Through the suggestion of Dee Richmond, a former Deputy Director at Food Export-Northeast, both organizations (early in their Strategic Alliance which began in 2000) started to look at how they could build a joint network of In-Market Representatives.

The commitment for a level of year-round support means that exporters can tap into the vast expertise of the organizations’ representatives, both for individual activities, as well as through ongoing services like Virtual Consultations and Lead Qualification Services. Food Export’s investment in in-market relationship building has meant a steady stream of market expertise and tens of thousands of pre-qualified buyer introductions. Suppliers routinely call out the representatives expertise as the “special sauce” that makes all the difference in their export success.

There have been many other innovations to programs and services over the years. When Tim Hamilton began his Food Export career 31 years ago, there were very few export education resources available for suppliers. Over these last thirty years, Food Export has developed a steady stream of resources, from the on-demand Export Essentials Online, a module-based online learning platform that covers the soup to nuts of exporting food, to one-on-one assistance from programs like the Food Export Helpline and Export Advisor programs. The emphasis has been on meeting suppliers where they are and providing expertise tailored to the unique issues of exporting specific food and agriculture products.

Another area where Food Export has developed a service to meet the needs of small exporters is the Food Show PLUS!™ program. Despite the funds available to help offset the costs with the Branded Program, exhibiting at international trade shows still requires a lot of company resources – both staff time and funds.

After seeing many small U.S. suppliers amid hundreds (or thousands) of other exhibitors trying to make valuable connections on their own, Food Export considered how they could enhance the potential return on suppliers’ investments. From that, Food Show PLUS!™ emerged—utilizing Food Export’s In-Market Representatives to provide pre-show product research, introduction to buyers, and other on-site services to maximize the chance for success. Over the years, many suppliers have said that the Food Show PLUS!™ program made the difference for them between having a successful show and being lost among competitors on the show floor.


Commitment to the Future

While Food Export’s esteemed Executive Director/CEO may be moving on at the end of the year, the Strategic Alliance between Food Export-Midwest and Food Export-Northeast will continue. Celebrating twenty-two years this year, it has enabled a broader array of services across more export markets than the individual organizations could have offered on their own.

These transformative thirty years of Food Export history are the legacy of contributions from current and previous staff, state marketing staff and Board members, along with ideas and feedback from U.S. suppliers and buyers. Of course, we owe a special thanks to Tim for his extraordinary vision, dedication, and leadership in stewarding the organizations.

The organizational ethos of continuous improvement in meeting exporters’ needs is here to stay. The Food Export staff are highly experienced and dedicated to addressing exporter needs—whether constantly improving processes to make Branded reimbursements simpler or establishing services that help suppliers cross their next export frontier. Food Export-Midwest and Food Export-Northeast look forward to continuing to serve you for the next thirty years!